The real estate developer for the new A Lofts by Marriott in Omaha, Nebraska was faced with a challenge.  The land that the hotel was being built on was previously occupied by a Dry Cleaning Facility.  Old Dry Cleaner's used to dump their cleaning solvents right into the soil prior to EPA regulations that determined this practice to be very dangerous.  The solvents used to dry clean clothes are very toxic.

Dry cleaners use dangerous chemical solvents that can stick to clothing. Most cleaners use perchloroethylene, also known as tetrachloroethylene, PCE, or perc. It is reasonably anticipated to be a human carcinogen, according to the U.S. National Toxicology Program, a prestigious inter-agency scientific body.

The issue with PCE is that it does not desolve into the soil. It stays in the soil as a plume and off-gasses up into buildings.  That's what was discovered during the environmental study at the A Lofts.

The owner's of the hotel were very concerned about the issue and wanted it fixed right.  They made a significant investment to ensure the health and safety of their staff and guests.

The pictures you see in this case study show two Soil Vapor Intrusion Mitigation systems installed on the south end of the building.  NRD Midwest's Production Team Leader Andrew Albright and Co-Foreman Randy Baumfalk used high force extraction fans to pull the toxins to extraction points inside the facility.  The systems create a path of least resistance for the gasses to easily travel outside.  The fans run continuously resulting in constant treatment of the facility.  The guests and staff of the A Lofts Hotel by Marrioott are completely safe from PCE fumes due to this system.

Photo Gallery: Radon Mitigation with Attic Fan in Omaha, NE
Back to Previous Page
Back to Case Studies

We serve the following areas 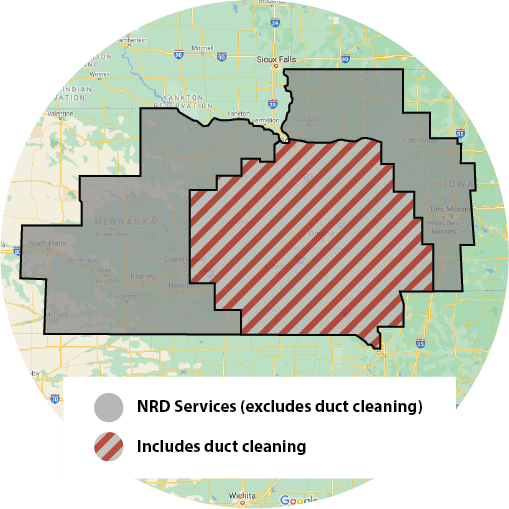