What is home radon & how does it affect you?

Prevent home radon with the experts in Omaha & nearby

Radon is a naturally occurring radioactive gas that has become one of the leading causes of lung cancer, second only to cigarette smoke. Most soils contain uranium that, over time, decays to produce radium and polonium. Eventually, polonium is released with the radon, which creates high toxicity levels in the air and water.

Unfortunately, we cannot smell, taste, or see radon - which is why it easily goes unnoticed. When this happens, everyone in the home becomes susceptible to contracting lung cancer. There are also not many symptoms of lung cancer, as they often lie dormant until the disease becomes more severe.

As a member of the National Radon Defense network, Radon Defense Midwest is a certified radon mitigation expert. We can even conduct a radon test in as little as two days! Contact us today for more information about radon testing and our radon mitigation services. We proudly serve Nebraska, Missouri, and Iowa homeowners in Omaha, Des Moines, Lincoln, and areas nearby.

Get a Free Quote

What is home radon?

How does home radon cause lung cancer? 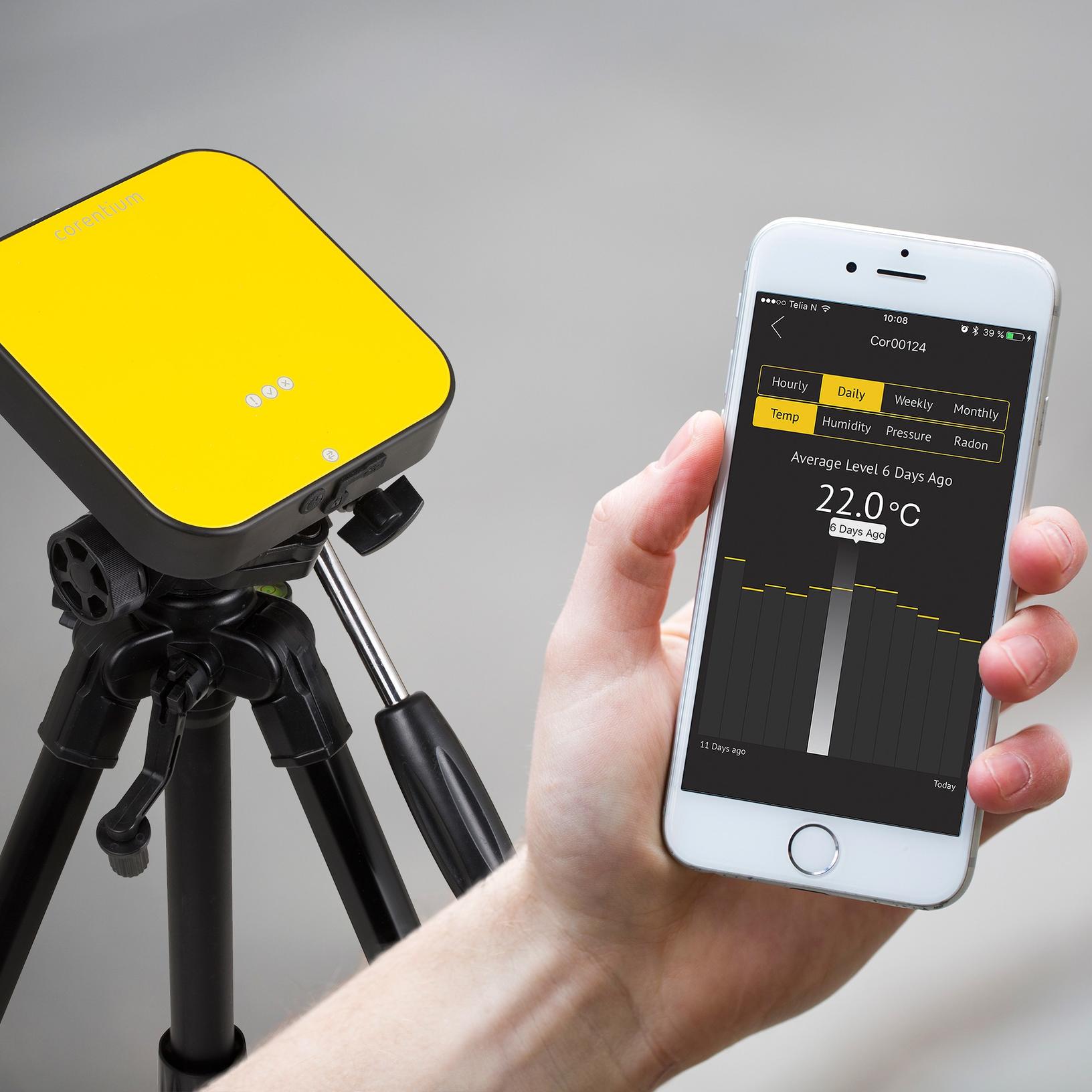 Radon testing can help limit your risk for lung cancer.

Lung cancer kills more people each year than the other top cancers combined. It also receives the least amount of funding, because many people believe it's a self-induced disease. According to the World Health Organization, radon causes 15 percent of the world's lung cancer cases and kills 20,000 people each year.

For those 20,000 people who have never smoked and have never been heavily surrounded by smokers, the lung cancer diagnosis is far from self-induced.

That radon gas was actually a vital aspect of the gaseous makeup of the atomic bomb? Although the levels of radon that resulted from the atomic bombs far exceed the amounts of radon found in a home, the principle remains the same -- radon gas is very harmful and can be deadly! 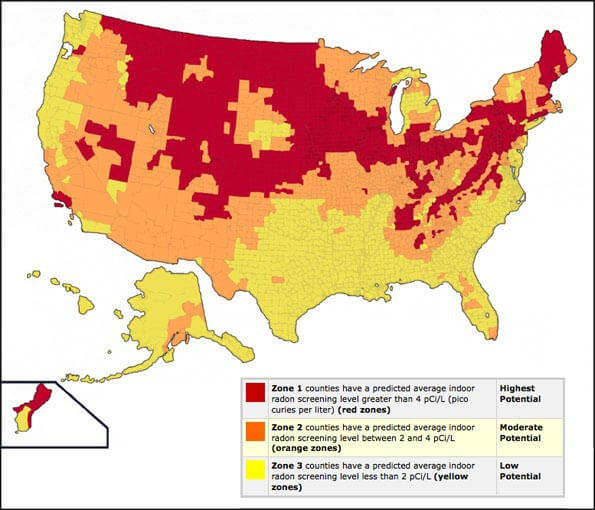 Where does radon come from?

Radon is released into the atmosphere from the earth as uranium-rich soil and rocks degrade. Radon sources are found directly in the earth, as well as in well water, and accumulate in enclosed spaces such as underground mines and basements.

For this reason, radon is found all over the world and can become a problem no matter where you live. In the United States, the northern regions of the country are typically at the highest risk, but no area of the country is radon-free. Click the map to the right to see if you live in a high-risk area.

Radon levels are measured in picocuries per liter, or pCi/L. A measurement of 1 pCi/L is equal to 2.5 cigarettes each day. If your home has a reading of 4 pCi/L, which is the Environmental Protection Agency's required action level, every person is breathing in the equivalent of 10 cigarettes per day.

The amount of radiation in 4.0 pCi/L of radon is actually equivalent to the radiation in 100 chest X-rays. Sure that seems like a lot, but this gets worse. Most hospitals actually only allow patients to have four chest X-rays each year. Let's do the math. That converts to the equivalent of .16 pCi/L per X-ray and .64 pCi/L of radiation a year with four X-rays. In other words, radon mitigation in Nebraska, Missouri, and Iowa is crucial to the overall health of any homeowner in this state.

Contact Radon Defense Midwest today to get a radon inspection and mitigation system in your home. There is no reason to wait any longer to address the risks of radon. We offer free estimates on all our radon services in Omaha, Des Moines, Lincoln, Sioux City, Council Bluffs, Bellevue, Elkhorn, Gretna, Fremont, Hastings, and the nearby areas.

Get a Free Quote
Related Pages

Looking for a price? Get a no cost, no obligation free estimate.